If you're a member of a covers band specialising in performing songs by a particular famous musical act past or present and you want a bit of publicity or your gig list shared on a regular basis. Then Sensitize © may be able to assist for a small yearly fee. This goes directly towards site running costs for Upstate Renegade Productions where Sensitize © is located and is then mirrored through our Facebook annex group. Contact Louis P. Burns aka Lugh by hitting the link in his signature on here to send a private message to him via Facebook.

ROUTE 66 WILL BE APPEARING AT:

The gig starts at 10pm and goes on until Midnight.

Get there early folks. It's gonna be a belter night

If you're a local or a tourist looking for a great night's craic and music then Route 66 are definitely the band for you. 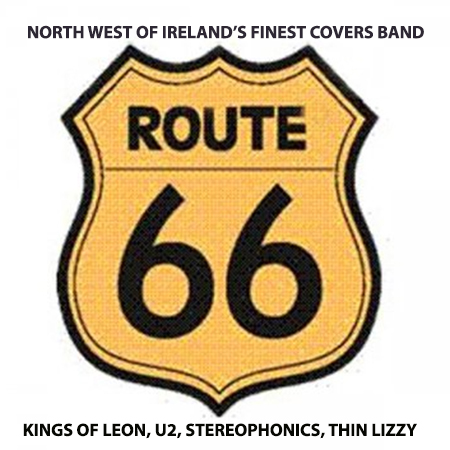 Return to “Covers Bands on Sensitize ©”

Users browsing this forum: No registered users and 1 guest